I decided to try a new method this year for preparing my garden beds called double-digging.  The double-digging method requires removing the top 12 inches of soil so that you can loosen the soil below.  According to the experts, there are several reasons for taking the time to do this; better drainage, aeration of the soil, and it helps facilitate root penetration.

There are three key tools required for this method; a garden spade, round point shovel, and a spading fork. I started this process out using a garden spade to edge the garden bed. I drove the spade deep down into the soil re-establishing a new edge around the perimeter of the bed. 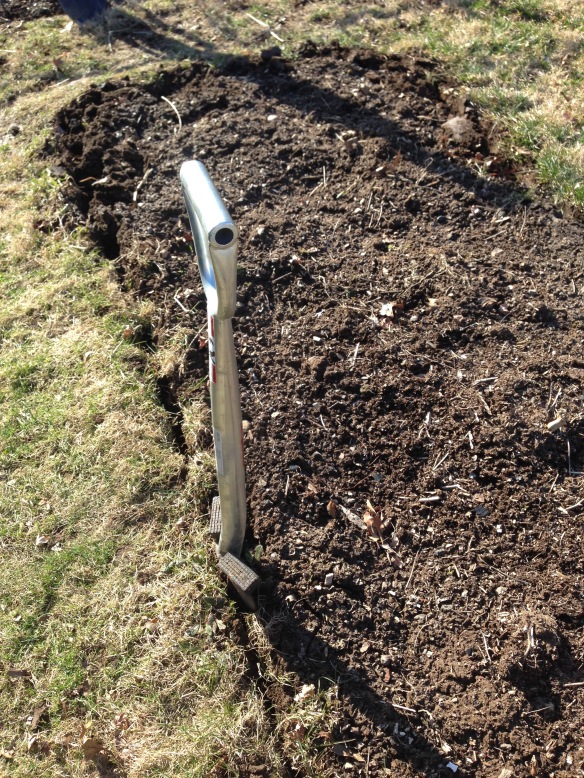 Once the edging was completed, I started at one end of the bed and used a round point shovel to create a 12 inch wide by 12 inch deep trench.  I placed the removed soil into a wheelbarrow; to be used later as fill for the last trench at the end of the bed. 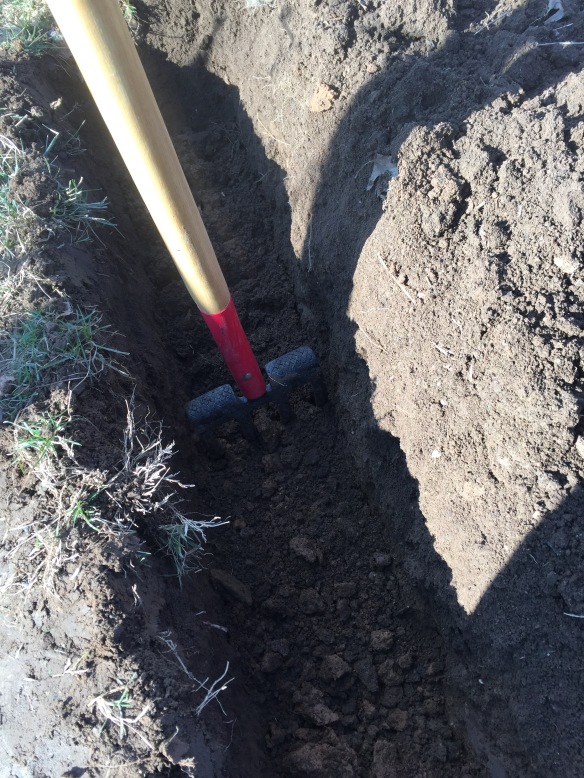 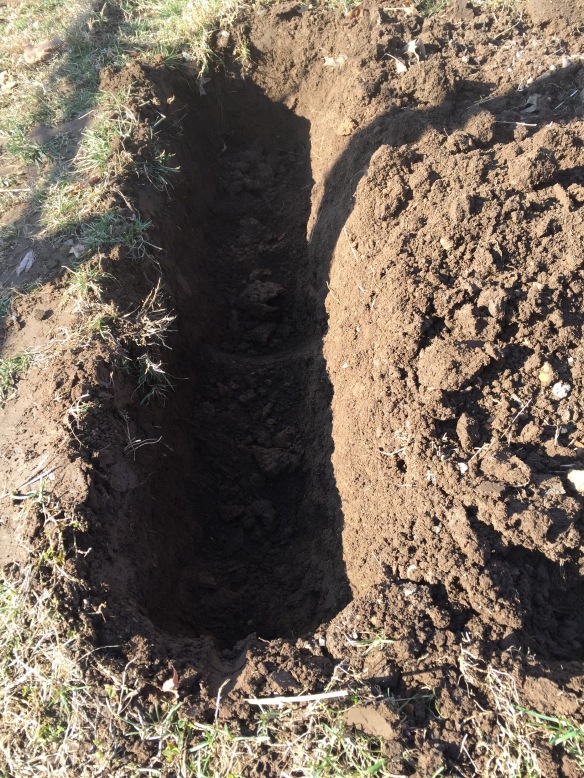 Once all the soil was loosened up, I place some compost into the bottom of the trench. At this point you can also amend the soil as needed with other supplements. I then started removing the soil for the next 12 inch wide X 12 inch deep trench; however, this time instead of placing the soil into a wheelbarrow, I placed the soil into the trench on top of the compost. As I worked deeper, the one trench became full and a new trench was created. I then repeated the loosening of the soil with a spading fork and the addition of  the compost. Like before, once that was completed, I started on the next trench, filling in the pervious one. Once I finished the last trench, I emptied the soil from the wheelbarrow into the trench to fill it in, and that bed was done.

One thing I learned from this process was to not under-estimate the amount of work required for this method. The garden bed looks great. Hopefully the benefits outweigh the work.

2 thoughts on “Double-Digging a Garden Bed”